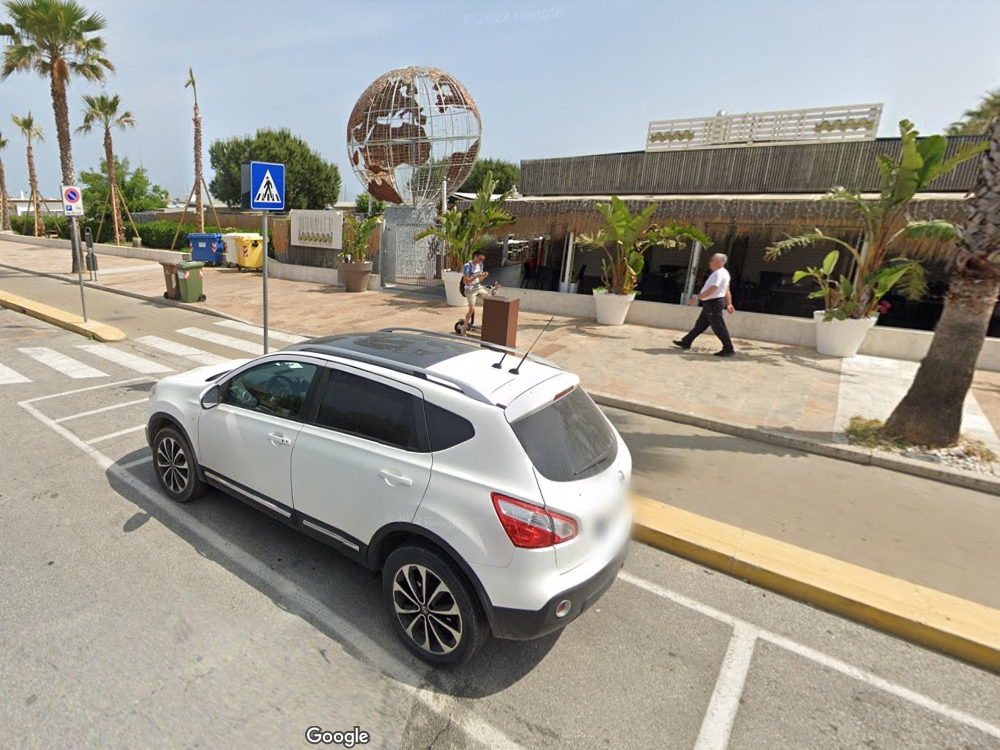 MILAN — Italian police have arrested an Italian in the murder of a Nigerian salesman whose brutal death on a busy thoroughfare in the seaside city was filmed by onlookers with no apparent attempt to physically intervene.

Video footage of the attack has circulated widely on Italian news sites and social media platforms, sparking outrage as Italy enters a parliamentary election campaign in which the right-wing coalition has already made strides. immigration a problem.

“The killing of Alika Ogorchukwu is appalling,” Enrico Letta, leader of the left-leaning Democratic Party, wrote on Twitter, naming the vendor who died on Friday. “Unprecedented ferocity. Generalized indifference. There can be no justification.

Ogorchukwu, 39, was selling goods Friday at noon on the main street of Civitanova Marche, a seaside town on the coast of the Adriatic Sea, when the assailant grabbed a crutch the vendor was using for walking and punched him, according to the police.

The video shows the assailant wrestling the victim on the sidewalk as the victim fights back, eventually subduing Ogorchukwu with the weight of his body.

Police chief Matteo Luconi told Italian news channel Sky TG24 that onlookers called police, who came to the scene after a suspect escaped and tried to provide assistance to the victim. It was unclear if he died at the scene.

Ferlazzo was suspected of murder and robbery, the latter for allegedly taking the victim’s phone while on the run.

Luconi told Sky TG24 the attacker went on a rampage after the seller made “insistent” demands for a pocket change. The police were questioning witnesses and taking into evidence videos of the attack. They said the suspect made no statement.

Ogorchukwu, who was married with two children, resorted to selling goods on the street after he was hit by a car and lost his job as a laborer due to the injuries he sustained, said Daniel Amanza , which leads the ACSIM association for immigrants in the Province of Macerata in the Marche region.

The accident left him lame and in need of crutches, Amanza said.

Amanza gave a different version of what preceded the attack, saying the attacker became enraged when Ogorchukwu told the man’s female companion that she was beautiful.

“That compliment killed him,” Amanza told The Associated Press.

“The tragic fact is that there were a lot of people nearby. They filmed saying ‘Stop’, but no one moved to separate them,” Amanza said.

Macerata was the scene of a 2018 shooting targeting African immigrants that injured six. Luca Traini, 31, was sentenced to 12 years in prison for the shooting, which Italy’s top court confirmed qualified as a hate crime.