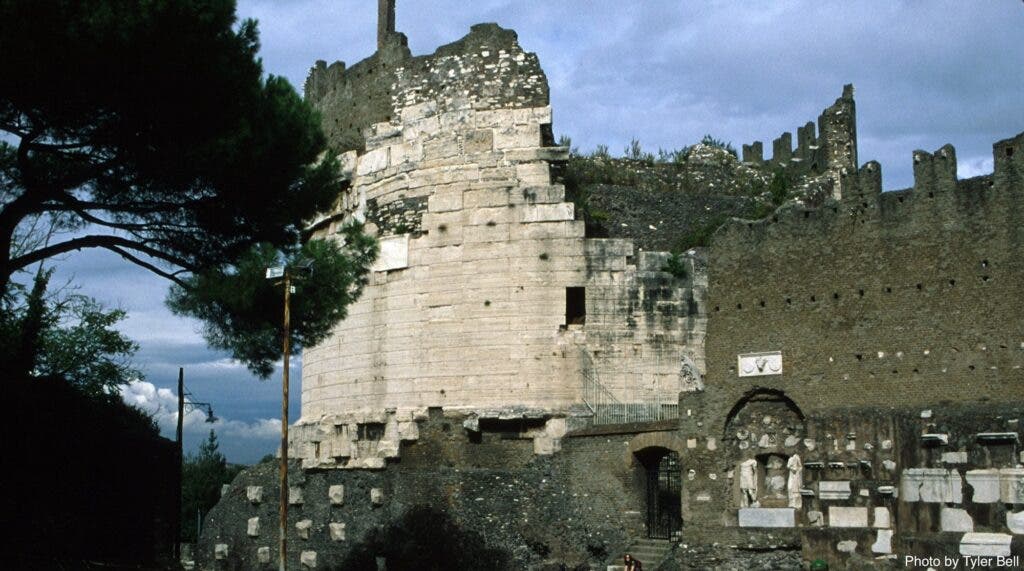 One of the biggest engineering problems in the world is concrete. Critical infrastructure built over the past century – bridges, highways, dams and buildings – is now collapsing before our eyes. It is estimated that repairing and rebuilding this decaying infrastructure will cost the United States billions of dollars alone.

When steel reinforcement was introduced into concrete in the 19th century, it was rightly hailed at the time as a massive breakthrough in innovation. Adding steel bars to concrete speeds up construction time, uses less concrete, and allows the engineering of long cantilever structures such as mile-long bridges and tall skyscrapers. Those early engineers who introduced these projects believed that reinforced concrete structures would last at least 1,000 years. In fact, we now know that their lifespan is between 50 and 100 years.

Concrete was originally developed by the ancient Romans, whose construction techniques were lost with the fall of the empire and was not reinvented until 1824 when an Englishman named Joseph Aspdin discovered Portland cement by burning finely ground chalk and clay in a kiln until carbon dioxide has been removed.

However, the durability of the two types of concrete is poles apart. Many magnificent Roman buildings, such as the Pantheon, still stand proud today after nearly 2,000 years.

In a new study, scientists describe another example that testifies to Roman concrete craftsmanship, illustrating the case of a large cylindrical tomb that served as the final resting place for 1st-century nobleman Caecilia Metella.

Investigations by geologists and geophysicists at the University of Utah show that the concrete in the tomb is of particularly high quality and durability, even by Roman standards, exceeding that of the tombs of his contemporaries. male.

The secret lies in the particular type of volcanic aggregate used by Roman artisans and a bit of luck due to the chance chemical interaction of rainwater and groundwater with these aggregates.

The concrete that survived an empire

The tomb of Caecilia sits at the edge of the Appian Way, the famous ancient Roman road that connected Rome to Brindisi in the southeast. The structure is monumental for the time, measuring 70 feet (21 meters) in height and 100 feet (29 meters) in diameter. It consists of a drum-shaped tower atop a square-shaped base.

It was erected around the year 30 BCE, which means Caecilia must have died while Rome was still a Republic. A few years later, in 27 BCE, Octavianus Augustus, the nephew of Julius Caesar, proclaimed himself emperor, ushering in a new era for Rome.

Its imposing tomb is worthy of its status. Daughter of a wealthy nobleman, she married into the family of Marcus Crassus, arguably the richest man in the world at the time (and one of the richest in history, relatively speaking) and the third member of the famous triumvirate alliance with Caesar and Pompey.

Marie Jackson, associate research professor of geology and geophysics at the University of Utah, first visited the tomb in 2006 with permission from Italian archaeologists to take a small sample of mortar for the purpose of to analyse. When she arrived at the site, she was stunned by the almost perfectly preserved brick masonry walls and the outcrop of water-saturated volcanic rock in the substructure.

Now, in a new study, Jackson has teamed up with colleagues at MIT and Lawrence Berkeley National Laboratory to zoom in on the tomb’s concrete microstructure using a range of modern tools at their disposal. These instruments include the Advanced Light Source Microdiffraction (ALS) line of light which produces an extremely bright and energetic micron-sized pencil x-ray beam that can penetrate through the entire thickness of samples, making it a perfect tool for such a study. Said co-author Nobumichi Tamura of the Lawrence Berkeley National Laboratory.

Modern concrete mixes Portland cement – limestone, sandstone, ash, chalk, iron and clay, among other ingredients, heated to form a finely ground glassy material – with aggregates, such as crushed sand or rocks. These aggregates, usually sand or crushed stone, are not intended to react chemically because if they do, they can cause unwanted expansions in the concrete.

In contrast, Roman concrete did not use cement. Instead, they made concrete by first mixing volcanic ash, known as “tephra,” with limestone and seawater to make mortar, which is then incorporated into pieces of it. volcanic rock, the “aggregate”. Previously, while studying cores drilled into the concrete of the Roman port, Jackson had found an exceptionally rare mineral, aluminous tobermorite (Al-tobermorite) in the marine mortar. The presence of the mineral surprised everyone because it is very difficult to manufacture. In order for Al-tobermorite to form, a very high temperature is required. â€œNo one produced tobermorite at 20 degrees Celsius,â€ she says. â€œOh, except the Romans! “

Jackson later studied Trajan’s Market mortar and found a mineral called strÃ¤tlingite, whose crystals block the spread of microcracks in the mortar, preventing them from bonding and fracturing the concrete structure.

At Caecilia’s grave, researchers had yet another surprise. The particular variety of tephra used in the ancient Roman structure was richer in leucite, a rock mineral from the feldspathoid group. Over the centuries, rainwater and groundwater percolated through the walls of the tomb and dissolved the leucite, releasing its potassium into the mortar. The potassium dissolved and reacted with a building block called the CASH (calcium-aluminum-silicate-hydrate) binding phase.

This remodeling led to a more robust cohesion in the concrete, despite much less strÃ¤tlingite than that observed on the Halles de Trajan.

â€œIt turns out that the interfacial areas in the ancient Roman concrete of Caecilia Metella’s tomb are constantly evolving through long-term remodeling,â€ said Admir Masic, associate professor of civil and environmental engineering at MIT. “These remodeling processes strengthen the interfacial areas and potentially contribute to improving the mechanical performance and resistance to failure of the old material.”

If Roman concrete is so awesome, why aren’t we using it yet? There are many reasons why ancient building material is not at all feasible for our contemporary needs. Supplying the type of volcanic ash in the original recipe is not possible for much of the world, which now uses about 4 billion tons of cement each year. Roman concrete also does not have the compressive strength required for large modern infrastructure projects, among others.

But that’s not to say that there aren’t some important lessons to be learned from Roman concrete that could help the next generation of concrete overcome the current shortcomings of our crumbling infrastructure. That’s exactly what Jackson and his colleagues are set to do, as part of an ongoing US Department of Energy ARPA-e project. The aim is to find a new “recipe” that could reduce the energy emissions associated with the production of concrete by 85% and significantly improve the life of the material.

The results appeared in the Journal of the American Ceramic Society.