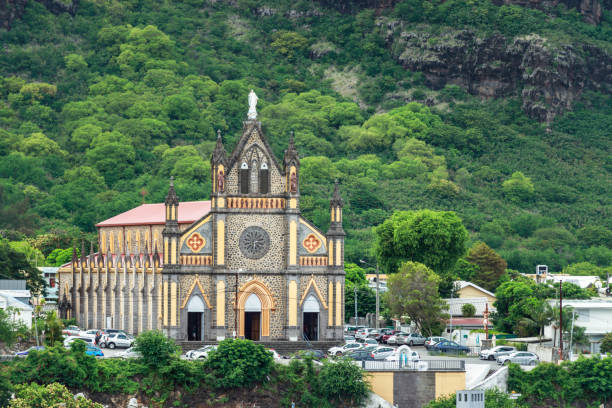 SaintDenis de la Réunion: The crew of an oil tanker stranded near the coast of Reunion Island in the Indian Ocean after Cyclone Batsirai swept through the region were rescued and brought ashore on Friday, local authorities said responsible.

“The perilous, very technical and unprecedented rescue operation” of the 11 Indian and Bangladeshi sailors from the Mauritian ship TrestaStar ended in “very unfavorable weather conditions”, indicated the prefecture of the French territory in a press release.

The cyclone is now moving away from the island, regional head of the national weather agency Météo-France Emmanuel Cloppet said on Thursday, after causing power cuts, downing trees and injuring several people, but no major damage. was reported.

But “we are facing the worst weather conditions since the start of the episode,” he warned, with winds of up to 150 kilometers per hour still battering the island. French overseas minister Sébastien Lecornu said the tanker was traveling empty and ruled out any risk of serious maritime pollution.

The French island was placed on red alert as the cyclone approached on Wednesday, forcing its 860,000 residents to barricade themselves inside, with the eye of the storm passing nearly 200 kilometers (120 miles) from shore early Thursday.

But that alert was lifted at 9 a.m. (0500 GMT) on Friday, authorities said, while remaining cautious about the dangers posed by the cyclone. The storm was then 250 kilometers (155 miles) northwest of the island, moving at a speed of 12 kilometers per hour.