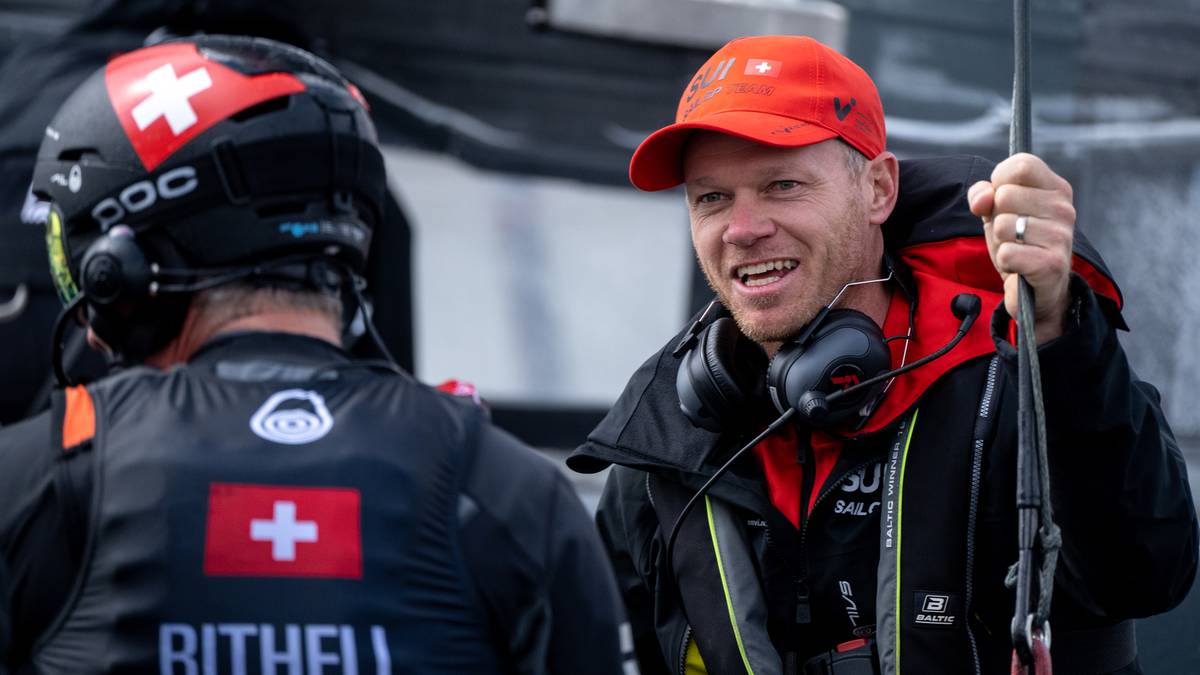 Nathan Outteridge has joined the Swiss SailGP team as an advisor and coach. Photo: Ricardo Pinto/SailGP

Outteridge was the Japanese team’s helmsman in the first two SailGP seasons, leading them to third and second place finishes in both campaigns. This year, however, he found himself without a team.

With two new teams, Canada and Switzerland, joining SailGP this season, the demand for boats increased and only nine were ready for the start of the campaign. Japan were the team to miss and were eventually ruled out indefinitely.

With his side now out of the campaign, Outteridge was snapped up by the Swiss side and joined the newcomers as an adviser and coach. He started this role at the event in Plymouth at the end of last month – won by New Zealand team SailGP.

Although he was mainly recruited to help guide young sailors, Outteridge will be back in charge in place of young helmsman Sebastian Schneiter on race days at next week’s event in Copenhagen, Denmark.

Speaking on the SailGP Deep Dive podcast, Outteridge clarified his role with the team.

“I’m just coming to help as much as I can and really give Seb a platform to move forward – it’s not like I’m going to take over the program and make it Nathan Outteridge’s Swiss team” , it’s still Seb’s team and it’s still his crew,” he said.

The 36-year-old will juggle his new role with his America’s Cup testing and training commitments as part of the New Zealand squad, which will be his priority on occasions when the two meet. will ride.

Outteridge, who served in the commentary booth at the 36th America’s Cup in Auckland last year, was quickly picked up at the start of the new cycle by the defender.

The Herald understands that Team New Zealand saw the opportunity as beneficial to all parties involved, as it gives Outteridge the opportunity to stay sharp in a competitive racing environment when not required for racing duties. America’s Cup, while his knowledge will allow the Swiss SailGP team to develop at a faster pace.

This is not the first time that Team New Zealand has teamed up with the Swiss sailing team. The pair have had a strong relationship since 2016, when the Kiwi team helped develop the foiling skills of several young Swiss sailors, including SailGP racer Schneiter. This partnership focused on the 2016 GC32 Racing Tour, in which Team Tilt finished second, and the Youth America’s Cup in 2017, where they finished third.

“Now we see a great opportunity using Nathan’s experience to help accelerate the development of the crew in their respective positions and help us build on our performances throughout Season Three.”