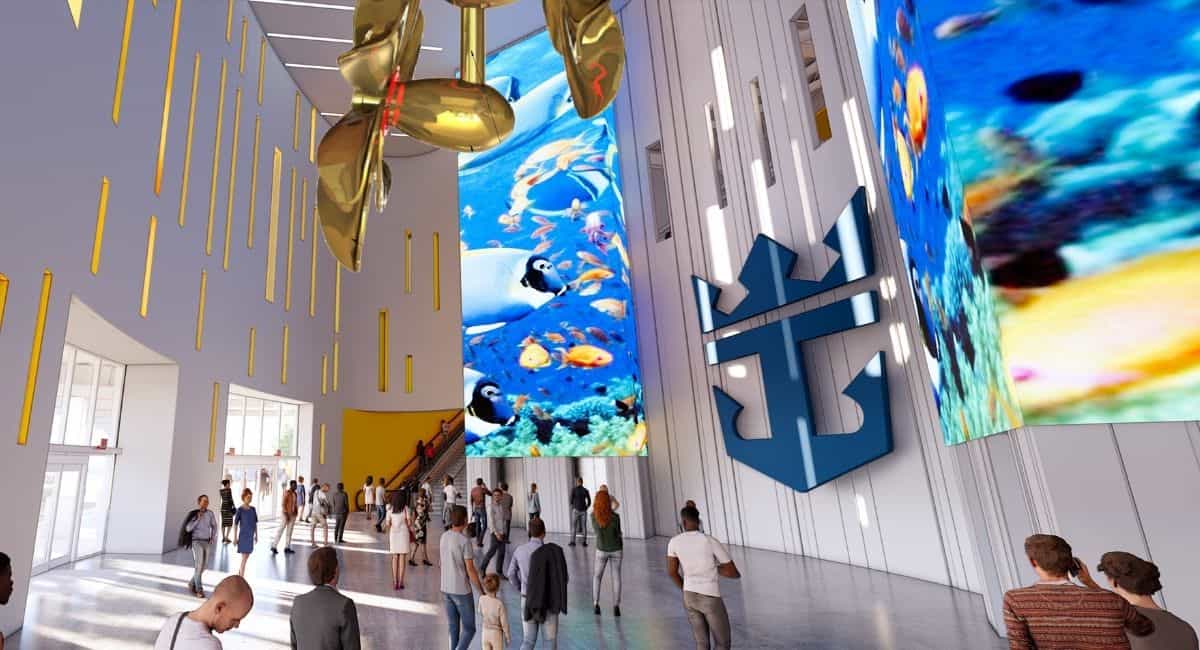 Royal Caribbean is sharing a first look at its state-of-the-art, $ 125 million cruise ship terminal at the Port of Galveston, Texas. The cruise line is showing what the interior will look like after installation is complete in fall 2022.

The cruise line has released the first glimpse of what the new Galveston, TX terminal will look like on the inside. We already saw a rendering of the exterior when Royal Caribbean first announced that the new terminal would be built.

The facility will have an area of â€‹â€‹161,300 square feet when completed in the eastern part of the Galveston Cruise Port known as Pier 10. There will also be a new boarding and loading area, bus and taxi stops, and significant parking capacity for 1,800 vehicles.

Start of construction of the new state-of-the-art facility in November 2021 with an opening ceremony with local officials and representatives from Royal Caribbean.

At the time, Rodger Rees, Director and CEO of the Port of Galveston Wharves, said: â€œThis new cruise terminal is a game-changer. This highly anticipated project will create 800 new jobs, $ 1.4 billion in revenue from local business services, $ 5.6 million in state and local taxes, and incredible business development opportunities.

The terminal will have many open spaces, with technology becoming an essential aspect of the check-in experience. This will include facial recognition and mobile check-in, which will make it easier and smoother for customers.

The terminal will be designed and developed in a sustainable manner to meet LEED (Leadership in Energy and Environmental) certification standards.

There will also be a VIP area with bright colors and modern design, in keeping with the rest of the establishment. The entire project costs $ 125 million and is expected to be completed in fall 2022. Operations will be managed by Cares Terminals Holdings, which handled more than 1,240 ship calls in 2019.

The new Royal Caribean terminal in Galveston will be ready to accommodate the much larger Oasis Class cruise ships. Allure of the Seas will operate from the new terminal from November 2022, which will lead to an increase in the number of passengers for the cruise company and expand its offerings with one of the largest cruise ships in the world.

Allure of the Seas is the second Oasis-class cruise ship with an impressive 225,282 gross tons and a capacity of 5,484 double occupancy passengers with 2,200 crew members. The new terminal is being built to handle such a large number of passengers and crew.

The Royal Caribbean cruise ship will offer seven-night Caribbean itineraries departing from the port and will be the largest cruise ship ever built from the Port of Galveston.