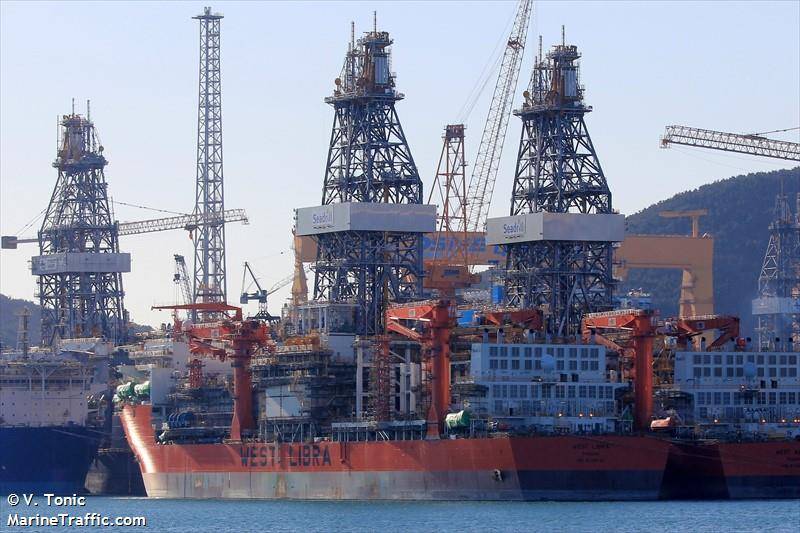 Northern Drilling signed agreements with DSME in May 2018, to purchase the two new 7th generation DP3 and DSME drillships capable of reaching ultra-deep water, for $ 296 million each.

Both drill ships were originally ordered in 2013 by Seadrill. Seadrill then agreed in 2016 with DSME to delay deliveries for 2018 and 2019, but then canceled the contracts in March 2018.

On August 27, Northern Drilling said the contractual delivery date for the now canceled West Libra was March 2021 and that “the company will continue to preserve and maintain the drillship until the remaining items are completed by the shipyard “.

It appears the wait is over and there will be no deliveries to Northern Drilling, a company founded in 2017 with the aim of acquiring offshore drilling rigs from struggling drilling contractors.

Similar to the deal with West Aquila, Northern Drilling said on Monday that it had, as part of the West Libra order with DSME, made advance payments of around $ 90 million. He will now claim reimbursement of the deposit paid, plus interest and damages.

“If this claim is disputed, the company will seek an award through London arbitration in accordance with the terms of the contract as well as standard industry procedures and time limits,” said Northern Drilling.

The company also said that following the cancellation of the contract for the West Aquila drillship in August 2021, DSME has initiated arbitration proceedings.

This is the third drillship delivery contract canceled by Northern Drilling with DSME.

In October 2019, Northern Drilling canceled a resale contract for the 7th generation ultra-deep water drill vessel West Cobalt, which was scheduled for delivery by DSME in 2021.

Northern Drilling said at the time that the deal was canceled for “various reasons, including a repudiating breach of contract by DSME.”

DSME then challenged Northern Drilling’s decision and, according to information available, in December 2019 it claimed to terminate the contract due to the drilling company’s alleged failure to pay the remaining installments and its breach of contract.

The shipyard was said to have said at the time that it would fully exercise its legal and contractual rights, including its right to recover substantial damages.

Northern Drilling said earlier this year that the West Cobalt dispute “is not expected to be resolved in the near future”.

West Cobalt, previously known as Cobalt Explorer, was originally ordered by Vantage Drilling for delivery scheduled for 2015, but the order was canceled. Northern Drilling had exercised a $ 350 million option to acquire the drillship in April 2019.

With the cancellation, Northern Drilling no longer has drilling rigs in its fleet. It previously owned two semi-submersible drilling rigs, West Mira and West Bollsta, but these were transferred last year to a spin-off company called Northern Ocean.