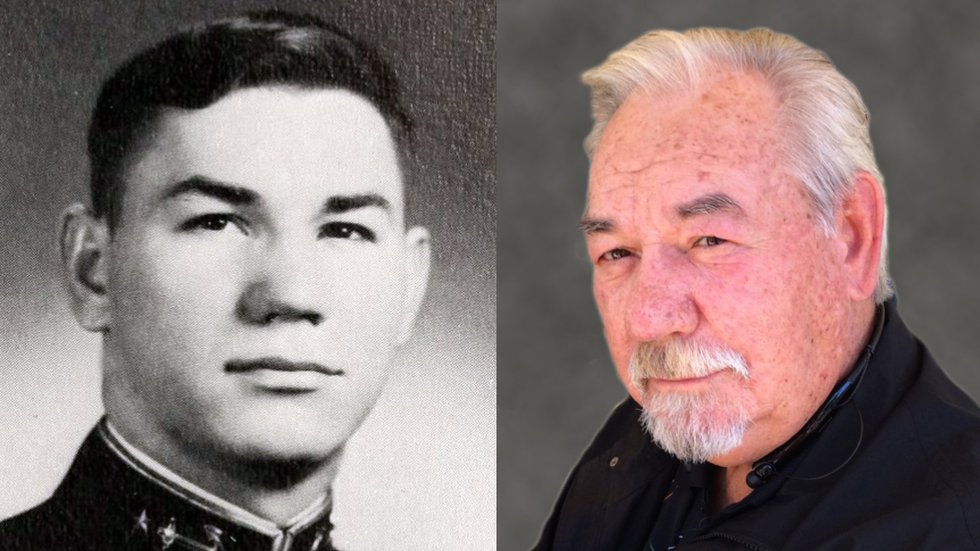 RUPERT â€” Robert Manning Nielsen, a longtime resident of the Paul and Rupert area, passed away surrounded by his family on the morning of Monday, September 27, 2021.

“Bob” was born November 3, 1943 to Blain Malcolm and Ida Eliza Manning Nielsen in Paul, Idaho. He was Blain and Ida’s sixth child, following his older siblings, Ronald, Coleen, Margaret, and a set of twins, Edith and Ethyl, and preceding his younger sister, Marilyn, and brother, Richard. As a boy, Bob was a huge help to his siblings and parents on the Nielsen family farm and feedlot, but if anyone had a mischievous wit and a smile, it was Bob. Whether he blew up the tires and radiators while racing Ron’s tractors, or whether he made Marilyn lick metal mailboxes in winter, Bob was always thinking of a prank he could play. family and friends. Bob’s hard work didn’t stop at the farm; he excelled both academically and athletically in Minidoka County High School. He was elected senior class president in 1961 and enjoyed playing on the Spartan baseball, basketball and football teams throughout his career. He especially enjoyed playing on teams with his cousin, Bill Manning, and after college he enjoyed playing on recreational league teams with Bill and his brother, Rich. Bob said that when Rich was young, Bob would push and intimidate him into playing basketball. After four years at the Naval Academy, Bob returned to Paul to see that Rich was now much taller and taller than Bob, eager to compete with and against Bob in several sports and would not be intimidated and pushed against the barn at milk. more!

Bob’s success led him to an appointment to the United States Naval Academy in Annapolis, Maryland, in 1962. At the Academy he was made a company commander, selected as the Marine Corps top recruit. of his class, and to complement his achievements, he was elected â€œsocial presidentâ€ of his class. He toured the Mediterranean Sea with the Spanish Navy, sailed the aircraft carrier USS Shangri-La, and attended the funerals of President John F. Kennedy and General Douglas MacArthur. He has also boxed competitively in over 100 academy games while earning his marine engineering degree. His pride as a US Navy officer was dampened when his poor hearing and multiple knee injuries prevented Bob from serving with his fellow candidates during the Vietnam War. This was tough news for Bob, so after graduating he worked for General Electric along the East Coast for a year.

Bob kept in touch with an older wannabe from Wyoming, followed his advice, and applied to the University of Wyoming Law School in 1967. Bob’s goal was to be a successful lawyer, while remaining close to his roots and helping Blaine, Ron and the rest of the family on the farm. He met Cara Keefe, a native of Cheyenne and a student from Wyoming, and they married in November 1968. He received his Juris Doctor in June 1969 and, along with Cara, chose to return to Paul to begin his legal career. . In his early years, Bob was elected Minidoka County District Attorney, and then with Roger Ling, the two began a legal partnership that spanned almost 30 years, which later added Brent Robinson as a partner. Bob started his own law firm in 2000 and continued to serve the community until his death. He especially enjoyed the mentorship and partnership with dozens of young lawyers who ultimately became admired and respected lawyers and judges. He was very proud of his most recent partnership with Matt Frost and truly considered Matt a son.

Bob and Cara built their home west of Paul and started their family. With Bob a successful practitioner and Cara working as a speech therapist and teacher, they had three children: Robert Erik (born 1971), Christopher Blain (1973) and Ida Sara (1976). Bob enjoyed watching each of his children participate in school activities, summer and school sports, dance and gymnastics competitions, and spend time at the family cabin in Ketchum, Idaho. Winter included skiing in Sun Valley and Pomerelle with friends and their families, while summers included golfing at Rupert Country Club, golf trips with friends, fishing trips to Alaska and throughout Idaho. , and pheasant and goose hunting with Rich and many friends. Bob loved to entertain, so he learned to play guitar and sing family songs on snowy winter nights at the cabin. Bob brought his “social president” connections to Paul, where he and Cara loved to throw parties with Bob’s collection of wild hats, Motown hits, and comedic dance moves. Bob and Cara later moved to their house closer to Rupert. As he mellowed out as he got older, Bob continued to live adventurously through Erik, Chris and Sara, and his grandchildren. Bob spoke fondly of his days at the Naval Academy, engaged in countless hands of gin rummy, loved to grill and cook, tend his rose and vegetable gardens, and was ready to bet anyone on any game (as long as he received more points than the spread), and applauded the Midshipmen, Wyoming and Dallas Cowboys, and New York Yankees.

Bob’s civic engagement included youth sports, Elks, and the Rupert Country Club. He coached several teams of Erik and Chris and heroically witnessed over a decade of performances of Sara’s â€œThe Nutcrackerâ€. He served as president of the Rupert Country Club, shared his love of golf with his family, and continued his practice of law with recent recognition by Idaho State Bar for 50 years of dedicated service. Bob has served with astronauts, war heroes, and the Dallas Cowboys quarterback, but his greatest honor has continued to serve the people of the Mini-Cassia area.

Bob is survived by his former wife, Cara; her three children and their spouses, Erik (Melissa), Chris (Alicia) and Sara (Scott Erling). The greatest accomplishments of his life were his three children and his grandchildren. Bob loved his six grandchildren immensely and was proud of their every academic endeavor and activity, Brandon, Michael, Andrew, Emma, â€‹â€‹Marc and Elle. Bob is also survived by his sisters, Margaret Duff and Marilyn Swensen. His parents died before him; his brothers Ronald and Richard; and her sisters, Coleen Boulter and Edith and Ethyl.

The funeral will be at 1 p.m. on Monday, October 4 at the Rasmussen-Wilson Funeral Home, 1350 East 16th Street, Burley. Interment will follow immediately at Paul Cemetery. A celebration of life will be held at the Rupert Elks Lodge after the funeral.

A private family visit will be held from 10:30 a.m. to 11:45 a.m. on Monday, October 4 at the Rasmussen-Wilson Funeral Home, preceding the funeral service.

In lieu of flowers, donations can be made in memory of Bob Nielsen at Rupert Elks Lodge. This designated fund will serve the needs of our youth in the Mini-Cassia region.

A webcast will be available and maintained at rasmussenfuneralhome.com.