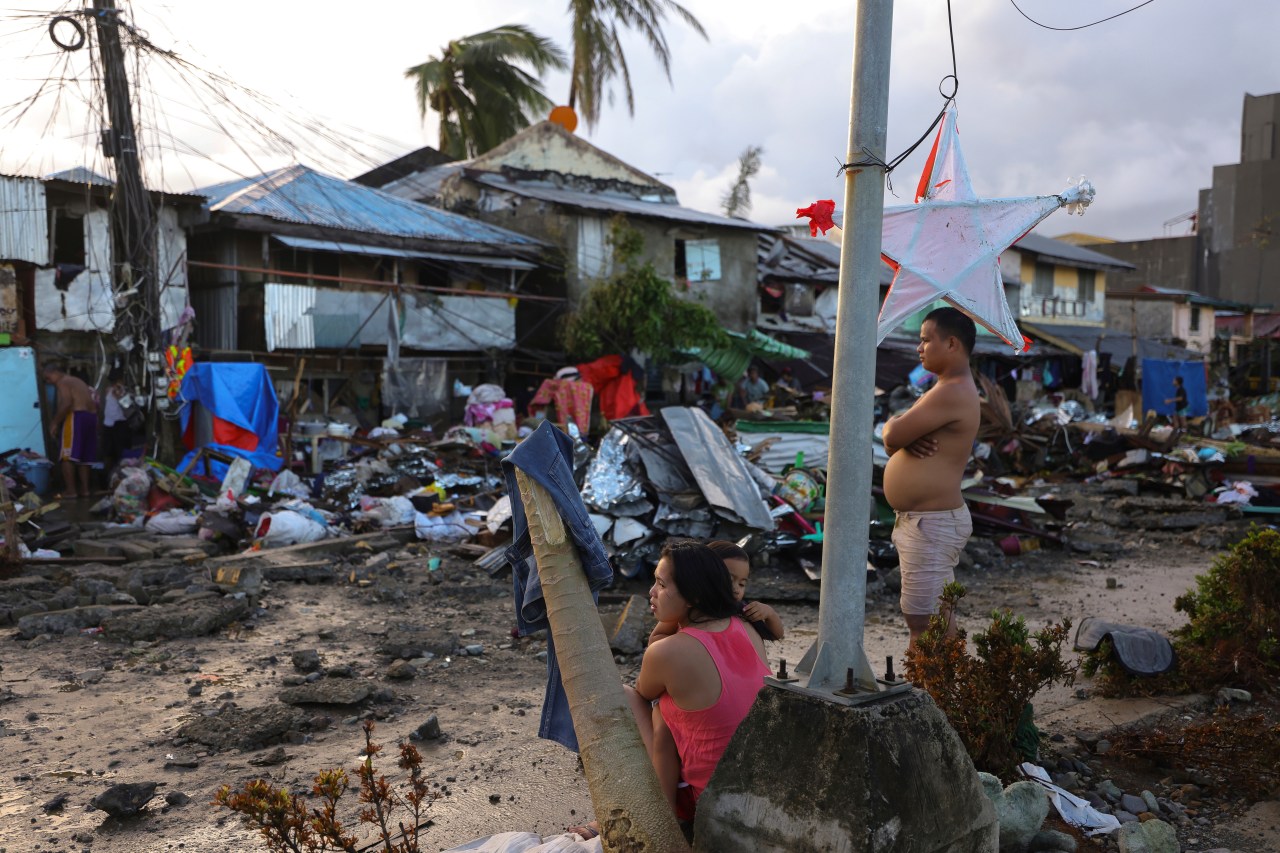 MANILA, Philippines (AP) – The death toll from the heaviest typhoon to hit the Philippines this year has risen to more than 200, with 52 more people still missing and several cities and central provinces grappling with communications and power outages and pleading for food and water, officials said Monday.

At its strongest, the typhoon blew sustained winds of 195 kilometers (121 miles) per hour and gusts of up to 270 km / h (168 mph) before blowing into the South China Sea on Friday.

At least 208 people were killed, 52 are still missing and 239 were injured, according to the national police. The toll is expected to rise as several towns and villages have been left out of reach due to communication and power outages, although massive clean-up and repair efforts are underway.

Many have died from falling trees and collapsing walls, flash floods and landslides. A 57-year-old man was found dead hanging from a tree branch and a woman was blown away and died in Negros Occidental province, police said.

Governor Arlene Bag-ao of the Dinagat Islands, among the southeastern provinces first hit by the typhoon, said Rai’s ferocity over her island province of over 130,000 was worse than that of Typhoon Haiyan, one of the most powerful and deadliest typhoons on record, which devastated central Philippines in November 2013 but left no casualties in Dinagat.

â€œIf it was like being in a washing machine before, this time there was like a huge monster that crashed all over the place, grabbed anything like trees and tin roofs and then threw them everywhere, â€Bag-ao told The Associated Press over the phone. â€œThe wind turned from north to south, east and west several times for six hours. Some tin roof sheets were blown away and then thrown back. “

At least 14 villagers died and more than 100 others were injured by flying tin roofs, debris and shards of glass and were treated in makeshift operating rooms at damaged hospitals in Dinagat, Bag said. -ao. Many more would have died if thousands of residents had not been evacuated from high-risk villages.

Like several other provinces hit by the typhoon, Dinagat remained without electricity or communications, and many residents of the province, where the roofs of most houses and buildings were torn down, needed construction materials, food and supplies. ‘water. Bag-ao and other provincial officials have traveled to neighboring areas with cell phone signals to seek help and coordinate recovery efforts with the national government.

More than 700,000 people were struck by the typhoon in the central island provinces, including more than 400,000 who had to be moved to emergency shelters. Thousands of residents were rescued from flooded villages, including in the town of Loboc in the hard-hit province of Bohol, where residents were trapped on rooftops and trees to escape the rising waters.

Coast Guard ships transported 29 tourists from the United States, Britain, Canada, Switzerland, Russia, China and others who were stranded on Siargao Island, a popular surfing destination that was devastated by the typhoon, officials said. .

Emergency crews were scrambling to restore power to 227 towns and villages, officials said. Electricity has only been restored in 21 areas so far. Telephone connections in more than 130 towns and villages were cut off by the typhoon, but at least 106 had been reconnected on Monday, officials said. Two local airports remained closed except for emergency flights, but most of the others have reopened, the civil aviation agency said.

Bag-ao and other officials feared their provinces would run out of fuel, which was in high demand due to the use of temporary generators, including those used for refrigerated warehouses with large amounts of stockpiles of coronavirus vaccines. Authorities have delivered vaccine deliveries to many provinces for an intensified vaccination campaign, which was postponed until last week due to the typhoon.

In the Vatican, Pope Francis expressed his closeness to the Filipino people on Sunday, referring to the typhoon “which destroyed many homes”.

About 20 storms and typhoons hit the Philippines each year, located between the Pacific Ocean and the South China Sea. The Southeast Asian archipelago also lies along the seismically active â€œRing of Fireâ€ region of the Pacific, making it one of the most disaster-prone countries in the world.