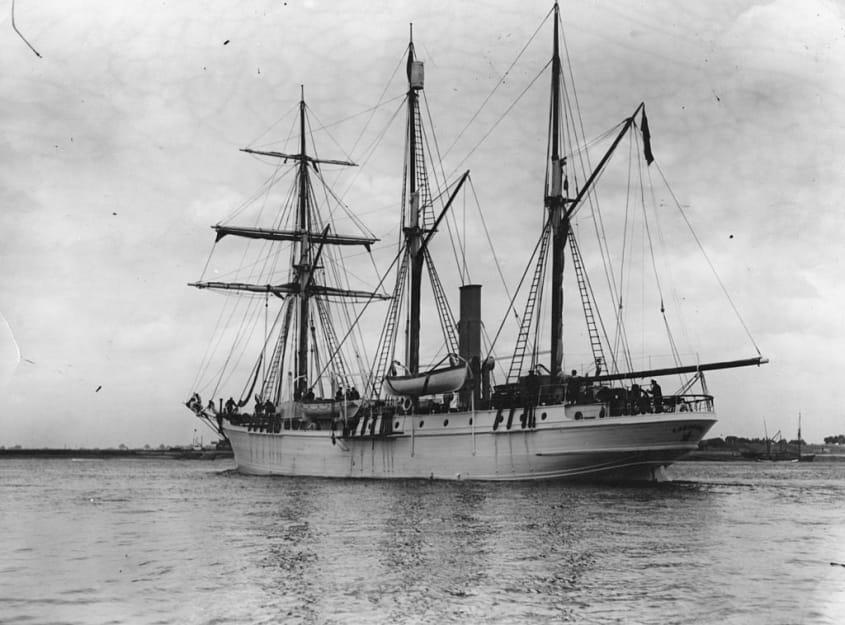 A Falklands Maritime Heritage Trust expedition discovered the wreck of Anglo-Irish explorer Sir on Saturday. Ernest Shackleton’s Endurance ship 10,000 feet below the surface of the Weddell Sea in Antarctica, 107 years after it sank during Shackleton’s famous and ill-fated Imperial Trans-Antarctic Expedition, BBC News reported early Wednesday. The ship sank in 1915 after getting bogged down, then crashing, in the pack ice, beginning a long and heroic quest for survival.

“Without any exaggeration, this is the most beautiful wooden wreck I have ever seen – by far,” marine archaeologist Mensun Bound, part of the FMHT expedition, told BBC News. “It is straight, proud of the seabed, intact and in a brilliant state of preservation.” The expedition used a South African icebreaker, Agulhas II, and it took its remote-controlled submersibles two weeks to find the sunken ship.

“The wreck itself is a designated monument under the International Antarctic Treaty and should not be disturbed in any way,” reports BBC News. “So no physical artifacts were brought to the surface.”

Shackleton set out in 1914 to lead the first land-based expedition across Antarctica, from shore to shore over the South Pole. After the sinking of the Endurance, he led his crew in small lifeboats on a perilous sea voyage to the inhospitable Elephant Island, then took a smaller crew on the long sea voyage. to South Georgia Island, where, after surviving dangerous seas and hurricane-force winds, he and two men trekked 32 miles across the mountainous island for help. His entire Endurance crew survived.

Finding the Endurance was particularly difficult because “the Weddell Sea is almost permanently covered in thick sea ice, the same sea ice that broke Endurance’s hull,” says BBC News. Luckily for the expedition, if not the planet, “last month saw the lowest extent of Antarctic sea ice on record in the satellite era, which dates back to the 1970s.”

US has funneled massive amount of weapons to Ukraine since Russian invasion, but window is closing