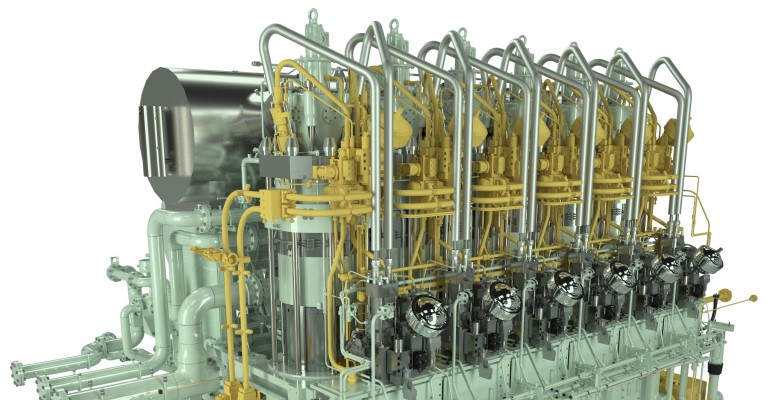 The company, which is also working on a modernization package that could make ammonia conversions ship-ready from 2025, said that number represents more than 10% of MAN engines in service.

Project and PVU Sales Manager at MAN Primeserv, Klaus Rasmussen, said: “A considerable number of vessels in the current ocean fleet have conversion potential, and our large and ever-expanding portfolio of dual-fuel engines offers many options. when it comes to modernizing.

His colleague, Thomas S. Hansen, head of the company’s promotion and customer support division, noted forecasts that more than half of all new buildings will likely be ordered with dual-fuel engines by the middle of the year. decade. “Given that ships have an average lifespan of around 25 years, modernization of ships will be necessary for the industry to decarbonise,” he said.

The engine retrofit specialist already has a track record. MAN Primeserv has now completed the conversion of 12 of the 15 existing tankers in the Singapore-based BW LPG fleet. The company’s technical and operational executive vice-president, LPG, Pontus Berg, previously explained: “The modernization allows us to minimize our carbon footprint – the process emits up to 97% less carbon dioxide compared to a new construction. Modernization also means that we don’t add extra tonnage that the world doesn’t need.