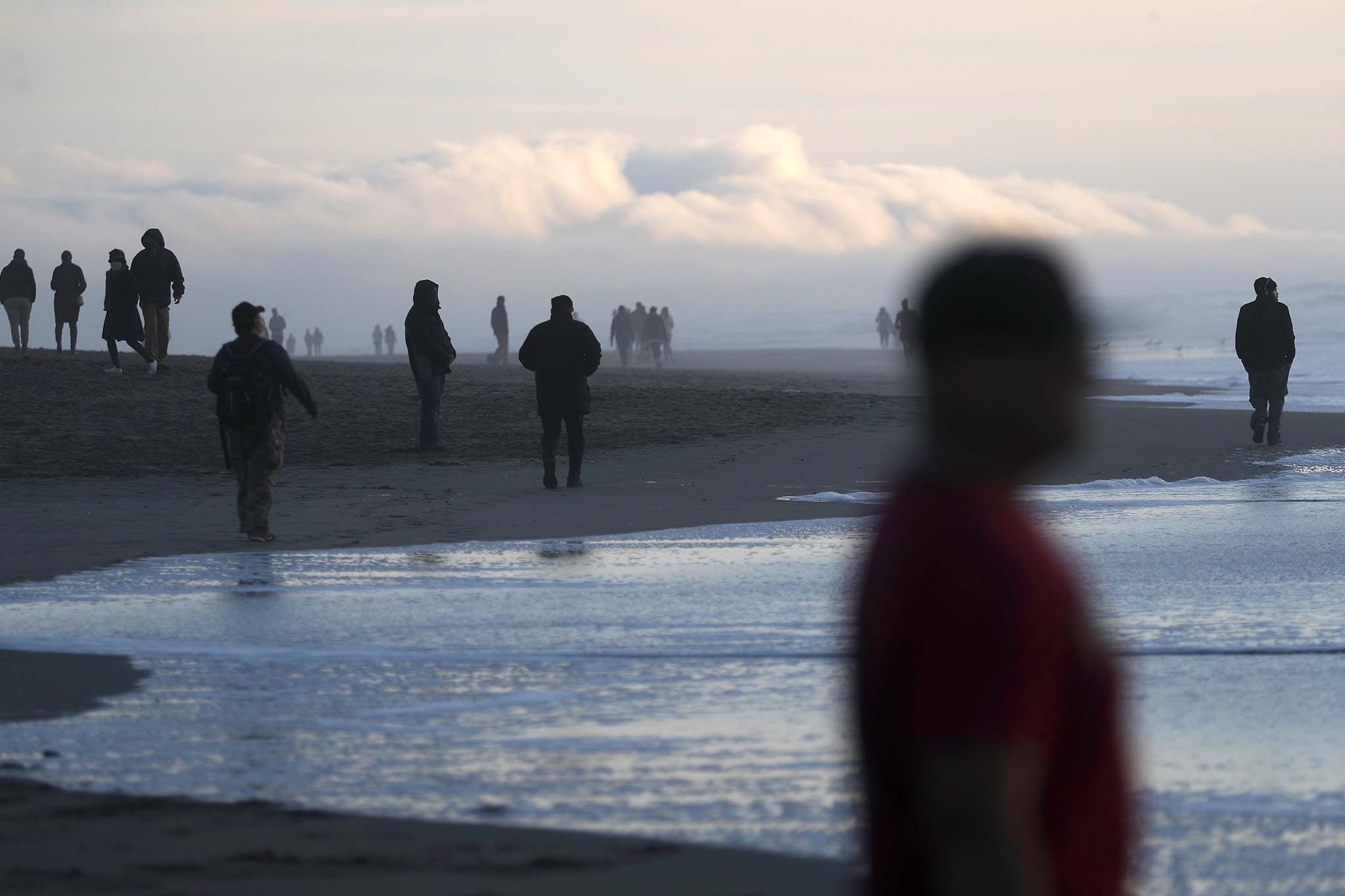 A birthday celebration at Ocean Beach in San Francisco on Saturday afternoon was interrupted by a man who at one point threw a soda can, smashing a woman’s face, one of the members said of the group.

Peninsula resident Raji Pillai said her friend’s nose was broken in several places and doctors later confirmed she had a concussion. “They need to do some tests to see if she will have full vision,” Pillai said.

The San Francisco Police Department responded to the incident on the beach near Taraval Street at 3 p.m. and arrested a suspect.

The three women and two teenage girls in the group noticed the man sitting about 30 feet from them as they were having their picnic, Pillai said.

“When we saw him approaching, we didn’t know what to do,” she said. “He walked over and then started spitting out the gibberish he was speaking with foul words in between.”

They ignored him, hoping he would leave, but instead he rushed forward and grabbed a box of cupcakes from a cooler, Pillai said.

When one of the mothers responded by saying, “It’s okay, you can take this, now please go,” Pillai said he “lost the grip.”

The man grabbed an unopened soda can from the cooler and threw it at the group of women, Pillai said.

Pillai said her friend took a few steps and collapsed on the sand from shock and excruciating pain.

Although an arrest has been made, the department said the investigation remains open and anyone with information can call the inquiry line at (415) 575-4444 or test tip at TIP411 and start the message. text with SFPD.

Account of an attack on Ocean Beach, SF. #Mental Health, @hknightsf, @sunita37 @LondonBreed
Wire 1/
A small group of us were at Ocean Beach for a teenager’s birthday: a few moms and our daughters. Everything was fine for a few hours – food, cupcakes, relaxation.

Pillai shared a thread about the incident on Twitter and it sparked a conversation about safety in the city and the need for better mental health services.

“Our friend, in addition to her horrific injuries, will have to pay copayments and various medical expenses,” Pillai wrote in her post. “Hats off to @SFPD, SF Park Police and EMTs with @SFFD, who were incredibly professional, knowledgeable and kind. But, San Francisco. Holy shit?!!! We were totally helpless. When will this city act- about guardianship of sanity so that this man and others like him don’t walk around hurting themselves and others?”