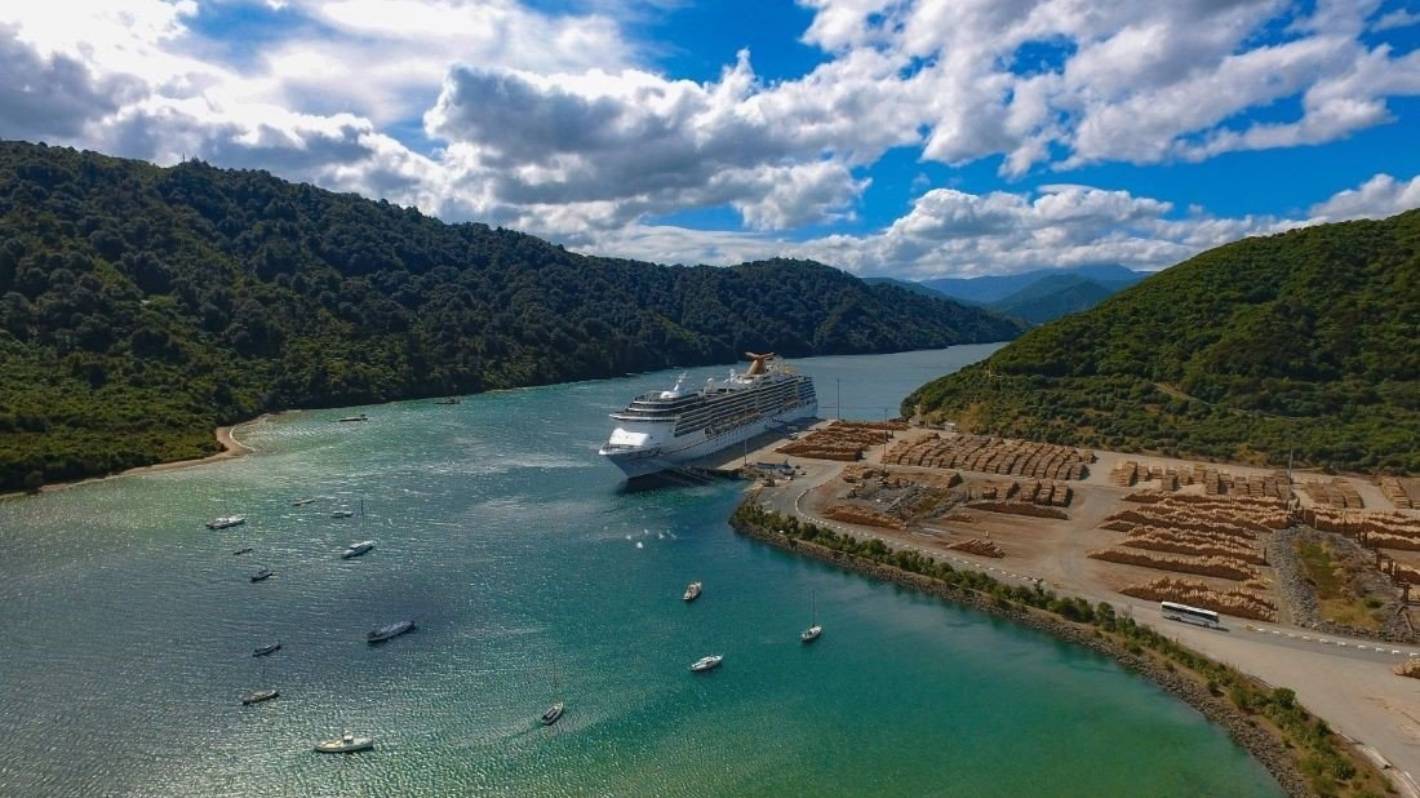 Cruise ships, like this one pictured at Shakespeare Bay in 2020, are due to return to Marlborough in October after a two-and-a-half-year hiatus.

In just over two months, cruise ships will return to Marlborough after a two-and-a-half-year hiatus.

Port Marlborough released the schedule of cruise ships calling at Picton for the 2022-23 summer season on Wednesday, with the first ship, Ovation of the Seas, due to arrive on October 26, capable of carrying nearly 5,000 passengers and 1,300 crew. .

With New Zealand’s borders fully reopening in July, cruise ships could now return to the region for the first time since the start of the Covid pandemic, and Port Marlborough said it had worked with the cruise industry and regional partners behind the scenes to bring the ships back.

READ MORE:
* Residents near Ōhakea Air Force Base finally get a clean water supply
* South Marlborough farming community unite to improve watersheds
* A motorist fleeing the police abandons his car and hides under his house

“For us, however, the sustainable return of cruising to the region is not just about the economic benefits, but also about balancing environmental and community needs,” he said.

The cruise industry is committed to the “highest international maritime environmental standards,” and Welbourn said the reintroduction of cruise ships to Picton would also be a much-needed boost for local hospitality businesses and of tourism, with a “ripple effect for the whole community”.

Toastie Picton co-manager Taylor Hamilton said it would be the first time she had experienced a cruising season since she and her husband opened their cafe in the town of Marlborough in May 2021.

“We’re in a pretty interesting position where we don’t know what to expect, whereas I think a lot of companies that have done this a few times and been around for a few ship seasons, they kind of know what kind the chaos it brings,” she said.

Hamilton said they were “blown away” by the amount of foot traffic the cafe received last summer, with “queues at the door all day”.

“We had such a great first summer last year that I can’t quite imagine what the streets of Picton would be like with international tourists, as well as the number of New Zealanders traveling last year,” a- she declared.

Hamilton, however, thought cruise ships returning “would be great” and said she was “excited” for international tourists to return to Picton.

“We might have to order a few more loaves of bread, I think,” she said.

Picton resident Yvonne Rigby was a ‘flower lady’ – a group of Picton residents who would welcome cruise ship passengers to the town before the Covid pandemic began.

Due to the uncertainty surrounding Covid restrictions, Rigby said the group was unsure at this stage whether they would be able to accommodate tourists disembarking from the ships this summer, but she said they would find out next week after having met Port Marlborough.