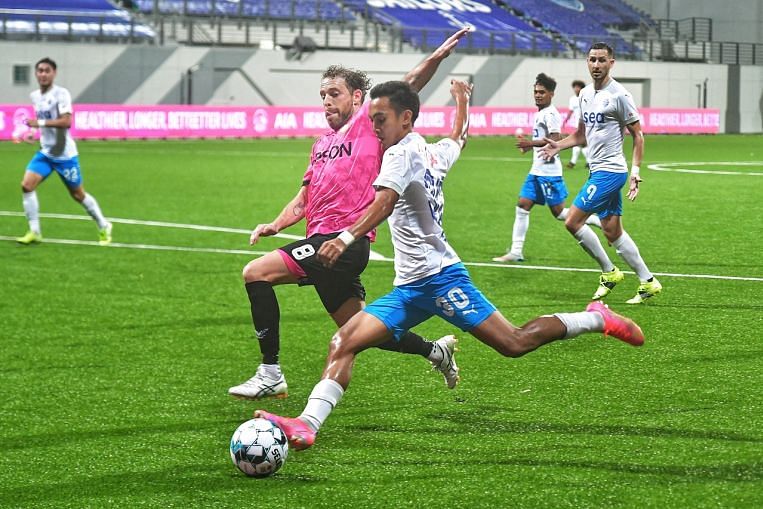 SINGAPORE – For the second year in a row, Singapore’s Premier League clubs will not participate in the Asian Football Confederation Cup (AFC) after the Asean zone of the second tier cup competition was removed on Wednesday (July 7th).

The SPL Lion City Sailors and Geylang International teams were scheduled to participate in this year’s edition and will be absent.

Tampines Rovers and Hougang United played three games last season before the entire tournament was cut short due to the coronavirus.

Cup organizers AFC announced on Wednesday that all matches in the Asean zone have been canceled due to difficulties in finding a suitable host to host centralized matches during the Covid-19 pandemic.

The AFC Cup Asean zone included three of the tournament’s 10 groups – Groups G, H and I – and the rest of the games in the remaining zones will continue as planned.

This is a double whammy for SPL clubs, as Singapore initially got the green light in March to host group stage matches involving the Sailors and Geylang, who were in Groups H and I respectively.

But on May 27, as Singapore experienced a peak in Covid-19 cases, the Football Association of Singapore (FAS) announced its withdrawal as host. The AFC was unable to find a replacement host.

The Sailors, who aim to become a top club in Asia, will now have to wait longer to face their regional counterparts.

Sailors General Manager Chew Chun-Liang said, â€œWe were looking forward to playing against regional clubs, and we are all disappointed that our part of the AFC Cup competition was canceled.

â€œBut we are keenly aware of the challenges posed by the Covid-19 pandemic, and Sailors remain supportive of measures that help keep football fans, players and staff in the region safe.

“We will continue to work hard to be successful locally in order to qualify for AFC competitions next season and work on our vision for competition and to do well in the region.”

Geylang, meanwhile, will now focus on rediscovering his SPL form, which will resume on July 17 after an extended hiatus of more than eight weeks.

Eagles head coach Noor Ali said: â€œWe are obviously disappointed not to have the chance to play in the AFC Cup again as it would have been our return to competition for the first time since 2010.

â€œHowever, we understand the challenges the AFC faces in the midst of the ongoing pandemic and recognize that the health and safety of all is of the utmost importance. We will now focus on achieving results at the national level and hopefully regain our place on the continental stage. “