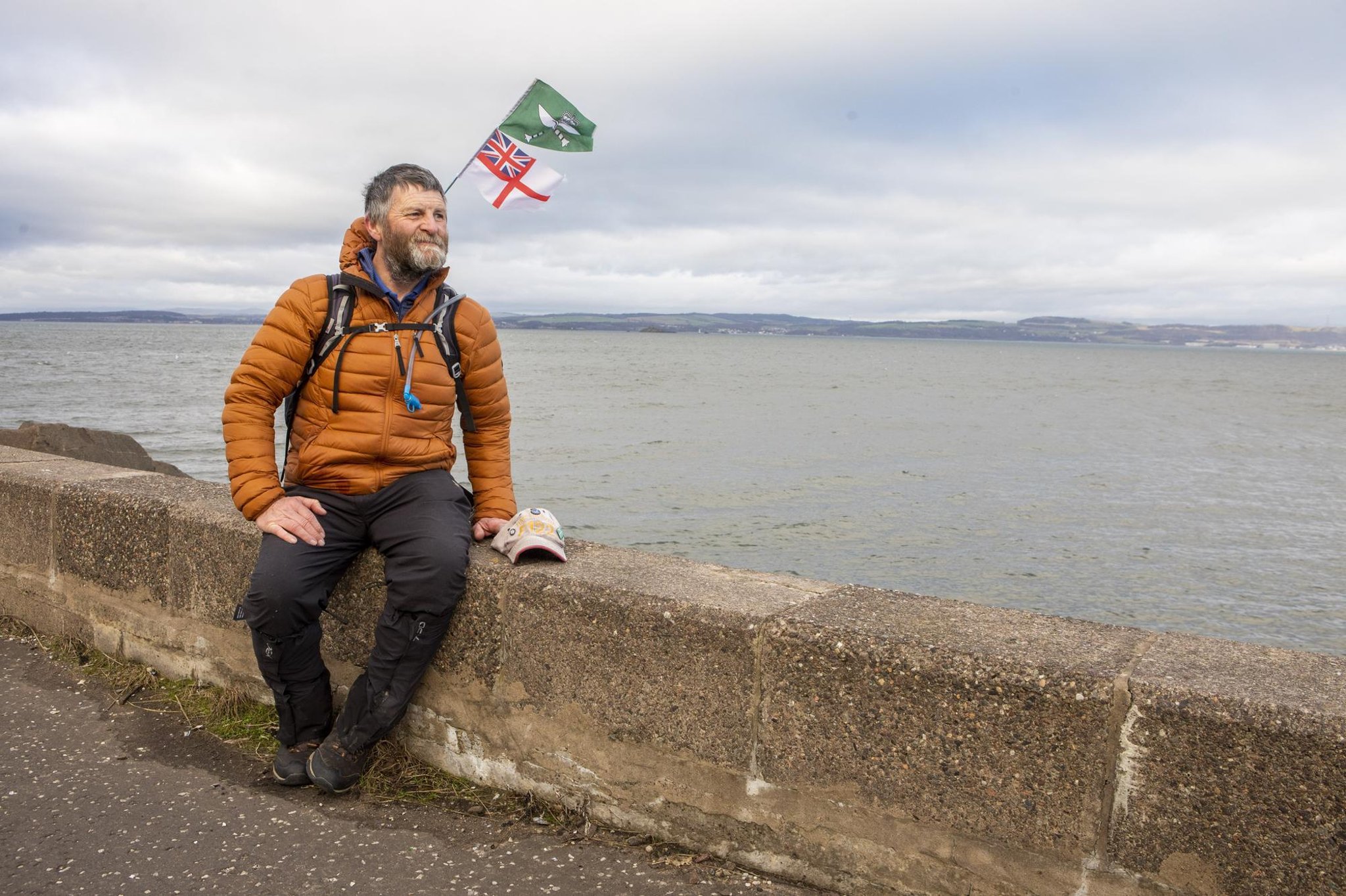 Jim Morton, 61, set out almost a year ago from Penistone in South Yorks and is currently in Edinburgh on day 277 of the trek he first imagined at the seven years old.

He was 60 when he left on April 12 and expects to be 62 when he completes the 7,500-mile trek, and praised the kindness of strangers who let him use their electricity and sleep in their aisles.

In August he was hospitalized after suffering a brain haemorrhage and breaking his foot.

Register to our daily newsletter

The newsletter mute the noise

He arrived in Scotland in May and, in August, got stuck on a ledge on the Isle of Skye and ended up in hospital after jumping to try to reach a tree – but got stuck woke up 20 feet down on a rocky beach after the cliff collapsed.

He was airlifted near Skye to Raigmore Hospital, Inverness, where he spent three days being treated for a brain bleed and a broken foot.

Jim said: “People I’ve met on this trip, some will be lifelong friends now.

Collection of Jim crossing in Scotland in May 2021.

The 11 best winter walks in Edinburgh, chosen by our readers

“People let us stay on their records, use their electricity, we used people’s washing machines, they fed us, they donated, it was really people.

“Everyone was saying how fantastic the west coast of Scotland is, but there are some fantastic beaches to the east. It took me seven months to get from Gretna to Cape Wrath and 13 days to cross.

“The coastline and the hospitality have been fantastic since I crossed the border.

Donations raised will go to charity The Gurkha Welfare Trust, after a devastating earthquake in 2015 devastated parts of Nepal.

Jim said: “It’s to help them in Nepal, they come here, serve for 15 or 20 years and normally would go back to Nepal and have a family, but everything was lost in the earthquake.”