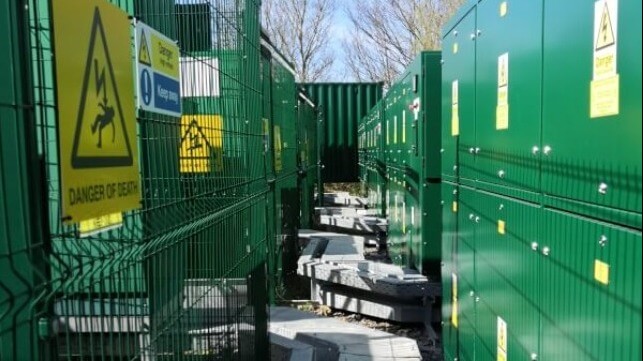 Energy company Equinor, which pursues renewable energies including a growing portfolio of offshore wind farms, has announced an investment and partnership with a UK battery storage developer. Together, the companies plan to explore further development of utility-scale storage and stability services, including the integration of the battery system into Equinor’s offshore wind assets,

Under the strategic cooperation, Equinor will also acquire a 45% stake in UK company Noriker Power Limited. Equinor also has the option of acquiring the whole of the company at a later stage and Equinor has the option of directly participating in projects being matured by Noriker.

Equinor says it sees a solid opportunity to build profitable businesses by deploying batteries and storage assets to meet the growing need to stabilize electricity markets. In addition, they will explore the possibility of complementing the existing UK renewable energy portfolio by deploying batteries near offshore wind assets to improve yields. In addition to addressing lingering concerns about fluctuating power from wind farms, Equinor said this would allow electricity to be stored when prices are low and sold to the grid at later stages when prices are higher. high levels, thus improving the yields of its renewable energies. projects.

â€œBattery storage is going to be a key part of the energy transition as the world increases its share of intermittent renewable energy,â€ said Olav Kolbeinstveit, senior vice president for electricity and markets within renewable energy at Equinor. â€œLarge-scale batteries can be charged when there is good access to low-cost electricity and discharged when supply is limited. This will allow companies to establish profitable services around the need to balance markets, stabilize the electricity grid and improve security of supply. The UK’s high degree of renewables makes the country an attractive investment case for a battery storage company.

Noriker Power, headquartered in Gloucester, was founded in 2015 and two years later launched its first 20 MW site comprising containerized batteries alongside engines. The company has introduced monitoring sites also varying between 20 and 50 MW and says the Noriker projects were the first full-scale full-commercial battery sites built in the UK. Currently the company has developed and built over 250 MW of battery storage across the UK and has a short term pipeline of over 500 MW in battery storage, hybrid energy and stability services.

Noriker will use Equinor’s investment to enhance its project development platform, including technical development, control system innovation and algorithmic optimization. As part of the deal, Equinor will purchase the shares currently held by Gresham House Plc and Gresham House Energy Storage Fund, another investor who has a 15% stake in Noriker.