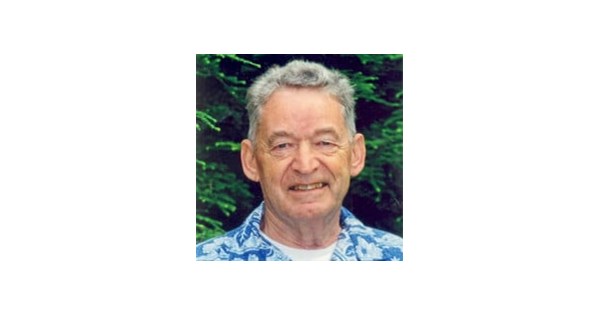 Edgar Dean “Ted” Alderson, 94, died March 3, 2022, in Cary, North Carolina, with his daughters by his side, after a long battle with Alzheimer’s disease.
Mr. Alderson was born February 12, 1928 to William T. and Helen (Knowlton) Alderson and grew up in Brookside, NJ. He graduated from Morristown High School, earned a full scholarship to the Webb Institute of Naval Architecture and Marine Engineering (BS 1949), and a commission to the US Navy Reserve, achieving the rank of LTJG.
After graduating from Webb, he joined the General Electric Company and worked in various divisions and programs, including test engineering, the aircraft gas turbine division, and jet engine development. From 1955 to 1957, he served on active duty in the Naval Reserve as a project officer at the US Naval Air Turbine Test Station in Trenton, NJ. After his military service, he returned to GE where he led the design and development of jet engine components, systems for VTOL and conventional aircraft, and gas turbine application studies for ships. He was a system engineer for GE’s fan-in-wing VTOL XV5A development program for the US Army Transportation Research Command.
In 1964, he joined the GE Re-Entry and Environmental Systems division in Philadelphia, Pennsylvania, where he worked on the development of planetary exploration concepts and strategic weapons systems. In 1973, he transferred to GE’s Industrial Gas Turbine Division in Schenectady, NY, as an advanced development manager for high temperature turbine technology program projects. He is the author of numerous technical articles in the fields of jet engines, orbital mechanics and gas turbines, and holds ten patents in the fields of gas turbines and jet engines. He retired from GE in 1988 and was a gas turbine consultant for several years.
Mr. Alderson was a member of the Harmony Corners Volunteer Fire Department, where he served as fire marshal for the district for five years. He sang in the choir of the United Methodist Church of Galway and served for 25 years on the church’s finance committee, including eight years as treasurer. He was a member of the Academy for Retired Learning (later the Academy for Lifelong Learning), leading over a dozen courses on a variety of subjects, serving on the editorial staff of ALR Third Age Press for more than eight years, co-author of Ourselves: Then and Now, and contributed numerous essays, poems, and artwork to the Academy’s annual journal, The Apple Tree . A member of the Saratoga County Arts Council, he has exhibited his paintings, photographs and sculptures locally. He was a member of the Galway Players community theatre, sang in barbershop quartets and was an avid amateur astronomer.
Mr. Alderson was predeceased by his brothers, William T. Alderson of Winston-Salem, North Carolina, and Captain James Alderson, USN, of Santa Barbara, Calif., and is survived by a sister, Ruth Ann Meyer, of Wilton, CT. He was predeceased by his beloved wife of 52 years, Blanche Maxine (Giedlin) Alderson and is survived by two daughters, Barbara (Daniel) Lang of Cary, NC, and Nan Alderson of Philadelphia, PA, and a granddaughter. son, Jordan Lang, of Boulder, CO.
A memorial service will be held at a later date in Galway, New York. In lieu of flowers, donations may be sent to the Webb Institute of Naval Architecture, Galway United Methodist Church, or a charity of your choice.