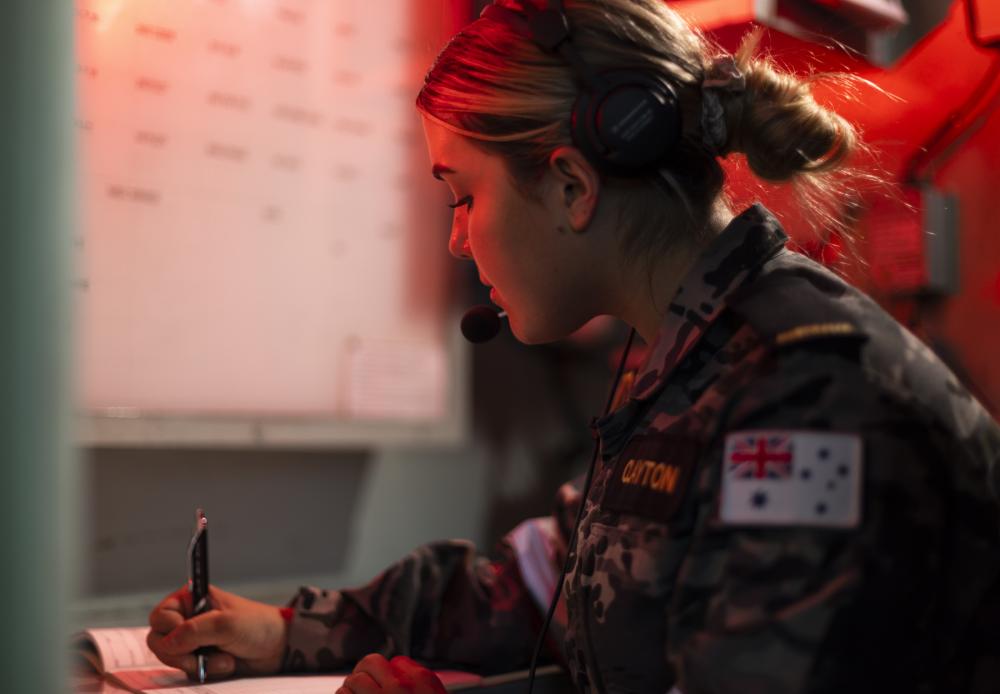 With its beautiful beaches and laid-back lifestyle, Hawaii was an idyllic location for Seaman Chelsea Clayton’s first overseas deployment in the Navy.

Seaman Clayton is a communications and information systems sailor aboard HMAS Warramunga – one of three RAN ships that sailed to the island of O’ahu to participate in Exercise Rim of the Pacific (RIMPAC) 2022.

In his role, Seaman Clayton is primarily responsible for equipping the ship’s communications center, as well as troubleshooting, displaying the ship’s flags and managing communications on deck. With 26 participating nations involved in RIMPAC, the ability to work with other navies and their ships was tested, particularly in the area of ​​communications.

“It was very interesting to conduct tactical communications with other countries – they do it completely differently from us,” she said. “It works though – together we make it happen.”

While many Navy port tours around the world have been restricted in recent years due to the pandemic, Seaman Clayton has also been able to enjoy Hawaii’s many attractions during off-duty times.

“We rented a car and drove all over the island to check it out – the North Shore which we absolutely loved,” she said. “The vibe in Hawaii is that no one cares about the weather – so it’s very laid back and laid back.”

While her first taste of working overseas and being away from home made her feel a bit homesick, Seaman Clayton said the camaraderie aboard Warramunga made all the difference.

“I really miss home, but everyone on the ship has been great and pretty much like a second family,” she said. “When you’re so close to everyone on board and you have a good crew, it definitely makes things easier. All the sailors I met from other nations were also very friendly – we met lots of new people on our travels.

Seaman Clayton was born in Brisbane, Queensland and grew up in the Springfield Lakes region. She is the first in her family in many years to serve in the military.

She worked in the hotel industry before starting her career in the Navy.

“I joined because I wanted hands-on work and also something that was going to be stable,” she said. “The Navy gave me experience – companions that I will have for life and that I would not have met if I had not joined.

“I would tell anyone to go – why not? It is a stable job and for the first time you have to serve, you can prepare for life and progress to a great career.
During the final phase of EXERCISE RIMPAC, Seaman Clayton was promoted to Able Seaman, which was another highlight of his career and his first overseas deployment.

Twenty-six nations, 38 ships, three submarines, more than 170 aircraft and 25,000 personnel are participating in RIMPAC from June 29 to August 4 in and around the Hawaiian Islands and Southern California. The largest international maritime exercise in the world, RIMPAC provides a unique training opportunity while fostering and maintaining cooperative relationships among participants essential to keeping sea lanes safe and the world’s oceans safe. RIMPAC 2022 is the 28th exercise in the series which began in 1971.

(Story of Lieutenant Max Logan of the Royal Australian Navy)