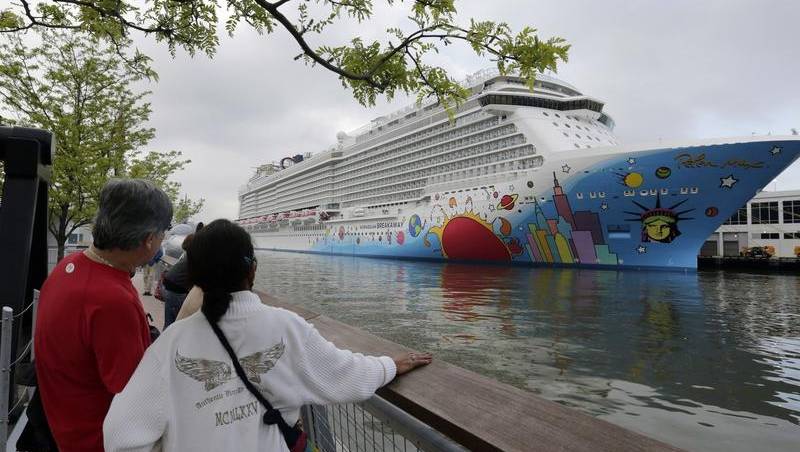 Ten people aboard a Norwegian Cruise Line ship as it approaches New Orleans have tested positive for COVID-19, officials said.

Norwegian Breakaway left New Orleans on November 28 and is expected to return this weekend, the Louisiana Department of Health said in a press release on Saturday evening.

During the past week, the ship called in Belize, Honduras and Mexico.

More than 3,200 people are on board the ship, officials said.

According to the statement, Norwegian “has adhered to the appropriate quarantine and isolation protocols as new cases and exposures have been identified aboard this vessel.”

Before disembarking in New Orleans, everyone on board will be tested for the coronavirus. Anyone who tests positive will either go straight home or self-isolate in accommodation provided by the cruise line, officials said.

Authorities have not released any information about the conditions of those who contracted the virus.

Cruise ships were one of the primary sources of outbreaks last year at the onset of the coronavirus pandemic, as some ships were washed up in ports and passengers were forced to self-quarantine. Some passengers died from COVID-19 at sea while others fell so ill that they had to be carried off ships on stretchers.

The US Centers for Disease Control and Prevention issued a shipping ban order in March 2020, prompting a shutdown that ended last June as cruise ships began to leave US ports with new requirements. in health and safety.

According to Norwegian’s website, the company requires all passengers and crew to be vaccinated against the virus at least two weeks before departure.