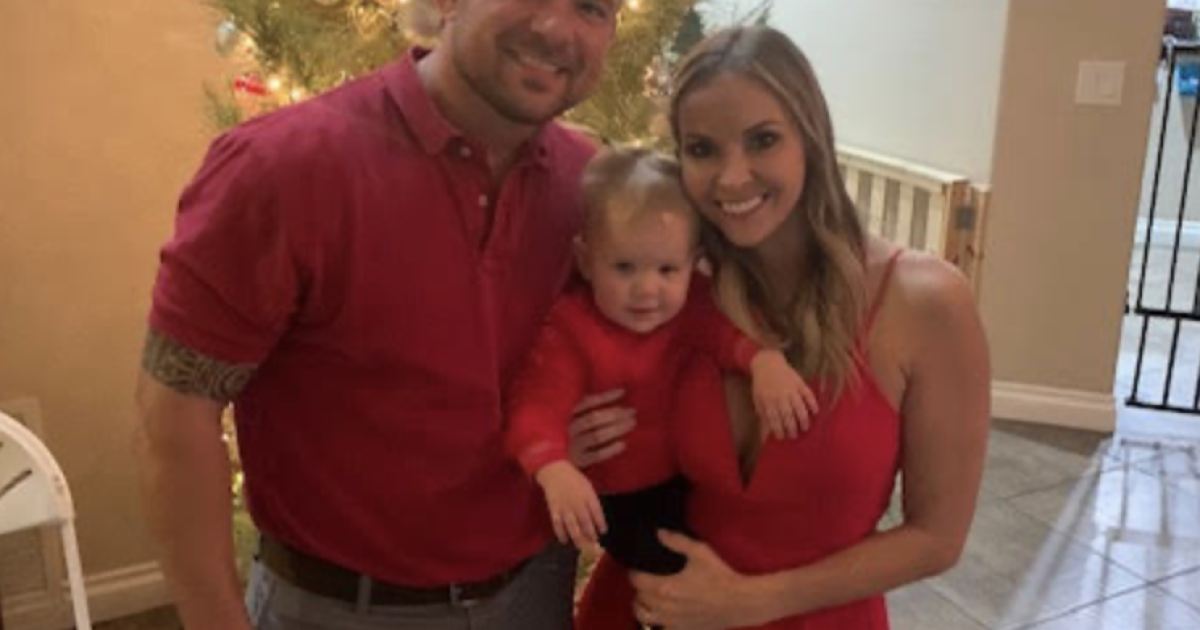 CORONADO, Calif. (KGTV) – The wife of a San Diego sailor calls for prayer as her husband begins to receive last-resort treatment for COVID-19.

Tammy Denny was the first to fall ill. She felt the first symptoms on Christmas Eve. Within a week, her husband Ryan fell ill.

“He had a fever and body aches,” Tammy Denny said.

Ryan has tested positive for COVID-19. More than two weeks ago, Ryan was hospitalized with double pneumonia.

Days after a photo of Tammy and Ryan was taken in hospital, the 29-year-old sailor, who has no underlying conditions, was intubated.

“As difficult as it may be. It’s really hard,” Tammy said in tears.

Then, on Thursday, Ryan was placed on an ECMO machine, which pumps and oxygenates blood outside the body. It is considered an option of last resort.

The gravity of his condition remains difficult to absorb. Ryan, a Navy flight technician and instructor at Naval Base Coronado, enlisted nearly 11 years ago.

Two years ago, he became a new father.

“He loves her more than anything. He’s literally the best dad you can imagine,” Tammy said.

Tammy says Ryan was the epitome of health, eating healthy and working out at the gym five days a week.

He received two doses of the Pfizer vaccine in late spring but has not yet received a booster. As he fights for his life, Tammy calls for prayer.

“We just want a miracle at this point. It’s our Hail Mary… Say a prayer. We would really appreciate it… The more people that can pray for him and for him, and lift him up, I know that’s what he would want,” Tammy said.

On Friday afternoon, Ryan was transferred from Naval Medical Center in San Diego to another local hospital.

A Gofundme campaign has been set up to help the Denny family with their expenses.