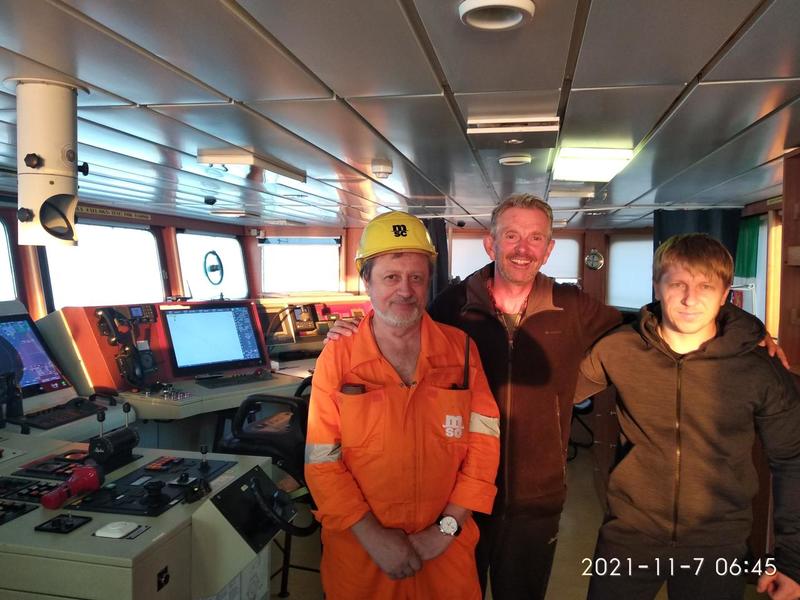 An experienced sailor had to be rescued by a Ukrainian freighter after his ship sank in the middle of the Mediterranean Sea, miles from the nearest shore.

Fortunately, 59-year-old Chris Pearsall made it out of the episode unscathed, but without the ship things could have been a lot more dire.

Prior to his rescue, Chris – who had embarked on the trip from Crete to Cyprus solo on November 6, after his partner Allison returned home – would avoid debris thrown by the traveling ships, almost see his life raft sink, and be greeted by passing dolphins. .

He left at 7 a.m. for the trip, which, at three days, was the longest in its history – a treat for his 60th birthday – but in the early hours of the next morning disaster struck.

â€œAnyway, he hit the starboard side.

â€œI looked overboard but saw nothing.

“Either way, it must have been a considerable weight, as the boat swerved to port on the first try.”

With the waters rising in the 1984 Jeanneau Attalia 32, named “Emma Rose” – and the nearest land at 75 miles – Chris had to abandon ship.

He threw a tote and flares into the life raft and watched the boat claim through the nearly 4,000 meter deep water.

â€œFor a while everything was still and then the line to the raft tightened and started pulling me down,â€ Chris said.

â€œThe line, which was coiled between the boat and the liferaft, must have caught on to something, I’m assuming the rudder or the boarding ladder.

“Whatever it was stuck on, when the life raft sank I fell forward into the sea, my life jacket immediately inflated and pulled me back up.”

Chris climbed back into the raft, now filled with water, and hours passed before MSC Sheila, commanded by Yevgeniy Bogdanovic, came to his aid after a number of false alarms caused by stars mistaken for the lights ships.

Chris fired several flares and started trying to paddle the raft, which “would be quite difficult for two, but on my own most of my effort went into going slowly in circles.”

He was eventually able to climb aboard using a ladder and meet the crew, but had to be taken to Rhodes by the Coast Guard and was briefly arrested as a “formality” before being released. next afternoon.

Chris, also a writer working on his next book, remembers sitting in the raft – and it occurred to him that he had a cardiology appointment at Barnsley Hospital this month.

â€œI certainly put my heart to the test,â€ he added.