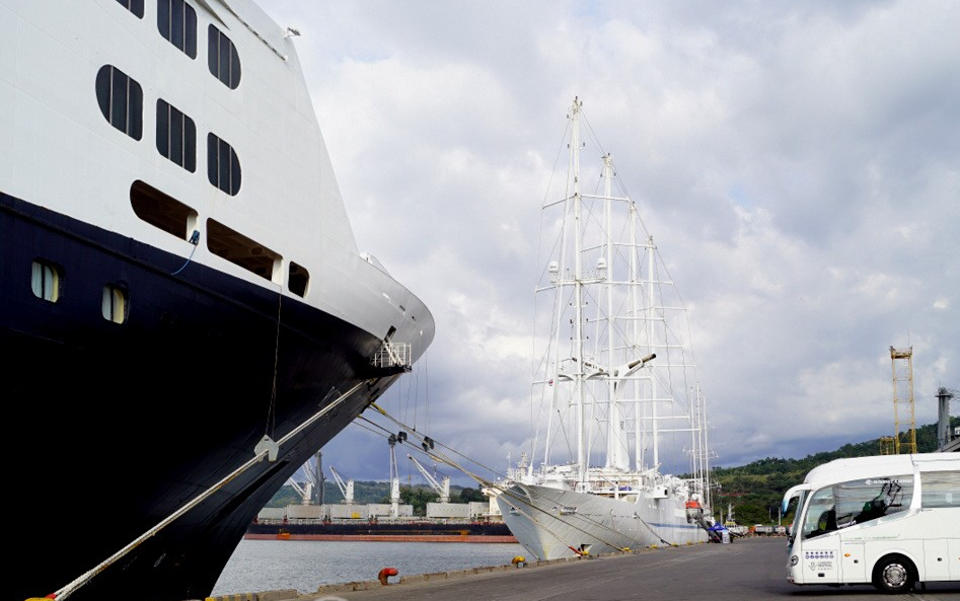 QCOSTARICA – Port authorities in Caldera prevented passengers from the Norwegian Bliss cruise ship from disembarking this Saturday due to a group of 15 people on board suffering from covid-19.

According to the press office of the Instituto Costarricense de Puertos del Pacífico (INCOP) – Costa Rican Institute of Pacific Ports, the ship had 15 positive cases, although it did not say whether they were all passengers or s there were crew members among those infected.

After the alarm was raised, coordination was established with officials from the Ministry of Health to help certify that the passengers had been quarantined.

However, for port security reasons, the concessionaire decided not to allow the docking.

Port authorities informed the shipping company that once it complied with the measures, the vessel could return to the country. According to INCOP, the ship is heading for Colombia.

It is the third cruise ship so far this year whose passengers cannot disembark due to contagion concerns.

The two previous cases were reported earlier this year. One occurred in the port of Puntarenas. It was the ultra-luxury cruise ship Seabourn Ovation, whose mooring was not allowed.

The other case occurred in the port of Limón, with the MSC Divina, which canceled its arrival in the country in advance because it was dealing with people infected with the virus.

Costa Rica started the cruise season last October, after a year and a half without tourists due to the pandemic.