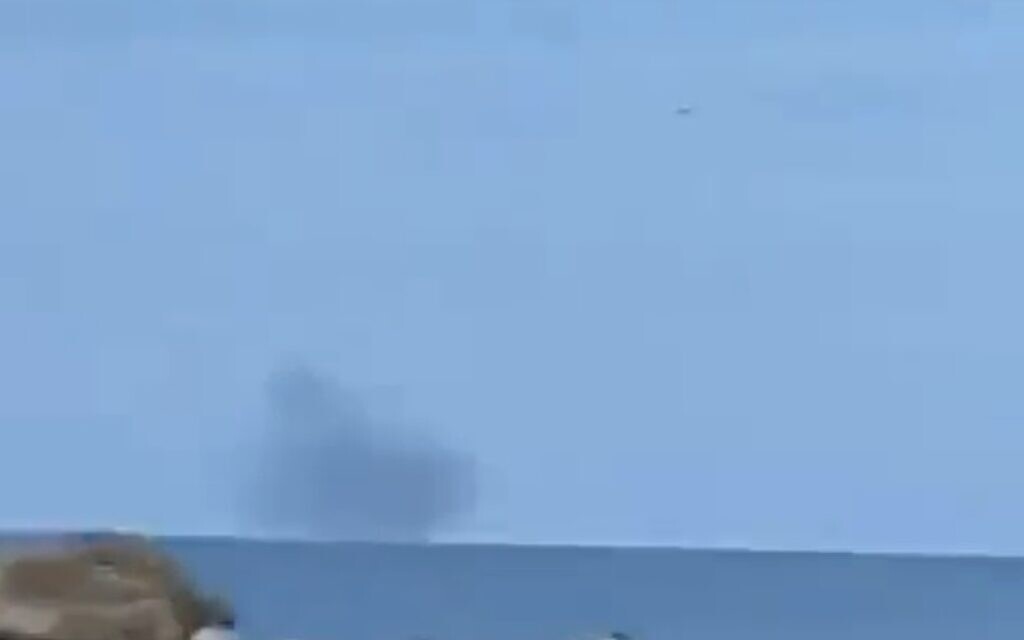 The Israel Defense Forces said on Saturday morning that two rockets had been fired from the Gaza Strip into central Israel.

Large explosions were heard in a number of towns in central Israel around 7 a.m.

A video circulating on social networks showed an explosion at sea off Jaffa.

According to Hebrew-language media, the second rocket landed at sea off Palmachim, south of the town of Rishon Lezion.

There were no sirens warning of incoming rockets, a sign that no projectiles were heading towards populated areas. The Iron Dome missile defense system was not activated for the same reason.

By registering, you accept the conditions

Police said there had been no reports of injuries or damage.

Armed factions in Gaza said the rocket fire was “caused by weather conditions,” not the first time the excuse has been used to explain the firing of projectiles at Israel.

Anonymous IDF sources said the message sent from Gaza was that the rockets were fired “unintentionally” and that Chief of Staff Aviv Kohavi was to conduct assessments on the matter.

Channel 12 reported that Egypt immediately began mediating between Israel and terror groups in Gaza in an attempt to prevent an escalation of violence.

The rocket attack came days after an Israeli civilian was shot dead on the Gaza border on Wednesday, prompting retaliatory strikes from the Israeli military.

However, agricultural activities continued normally near the Gaza border on Thursday morning, with the IDF lifting a warning it imposed following gunfire from the Gaza Strip, saying the military was not expecting to an escalation of violence after the Israeli shooting and the IDF strikes, which reportedly injured three Gazans.

In the immediate aftermath of the shooting, the military ordered farmers to stay away from land near the Gaza border.

The slightly injured Israeli was an employee of a civilian company hired by the Defense Ministry to maintain the recently completed security fence separating Israel from the Palestinian enclave. 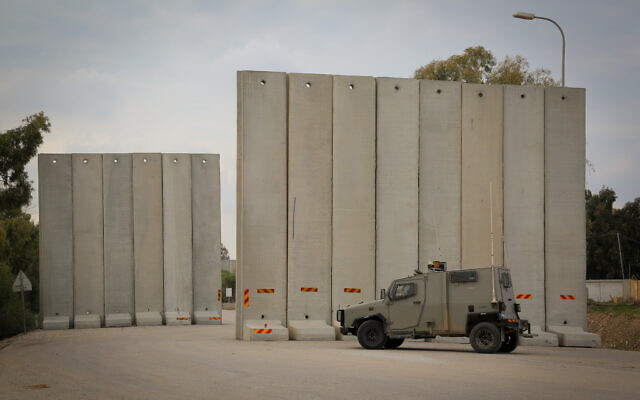 Israeli soldiers near the site where a civilian was injured by gunfire from the Gaza Strip in southern Israel on December 29, 2021 (Flash90)

The incidents came after a relatively calm period and amid intense efforts to achieve a stable and long-term ceasefire following a major escalation in violence last May that saw thousands of projectiles fired at Israel and the Israeli army retaliating with strikes.

However, reports in recent days have suggested that efforts have stalled for a potential deal that would allow Hamas to release two Israeli civilians and the bodies of two IDF soldiers it is holding, possibly in exchange for Palestinian prisoners.

Are you serious. We appreciate this!

We are really glad you read X Times of Israel Articles in the past month.

That’s why we come to work every day – to provide discerning readers like you with must-see coverage of Israel and the Jewish world.

So now we have a request. Unlike other media, we have not set up a paywall. But since the journalism we do is expensive, we invite readers for whom The Times of Israel has become important to help support our work by joining The Times of Israel community.

For as little as $ 6 per month, you can help support our quality journalism while benefiting from The Times of Israel WITHOUT ADVERTISING, as well as access to exclusive content available only to members of the Times of Israel community.

Already a member? Log in to no longer see this